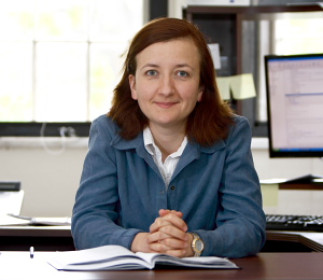 Light emission from Si and Ge quantum structures has been a focus of research due to the need to silicon-based light sources in opto-electronic and photonic applications. We employ advanced methods of nanomaterials growth, such as ion beam implantation and molecular beam epitaxy (MBE) to prepare light emitting Si/Ge quantum structures. We compare Si QDs prepared in silicon oxide and silicon nitride and discuss their potentials for application in light emitting devices. There is a relationship between the preparation method of Si and Ge quantum structures, and the structural, electronic, and optical properties in terms of strength of quantum confinement (QC). A relatively simple model of QC, using a 'particle-in-a-box'-type perturbation to the effective mass theory, was applied to Si and Ge quantum wells, wires and dots across a variety of preparation methods. The choice of the model was made in order to distinguish contributions that are solely due to the effects of QC, where the only varied experimental parameter was the crystallinity.

We also developed a reproducible route of horizontal (lateral) Si wire growth using molecular beam epitaxy on the Si(001) surface. We show that at a sufficiently low flux of Si atoms and high substrate temperature, gold droplets are propelled forward horizontally along two orthogonal <011> directions by the growing silicon wires. The reticular growth closely resembles a self-avoiding random walk in two dimensions, as we confirmed by using a Monte Carlo simulation. We present the experimental results and thermodynamic arguments showing the unique role carbon plays in initiating lateral growth of Si wires on a Si (100) substrate and discuss the means of kinetic control of the growth process. Linear growth of lateral Si wires from placed gold seeds can be used to produce interconnections between the two metal electrodes deposited on the surface. Alternatively, Si wire networks can be used for improving efficiency in solar cells since they lead to broadband antireflection as well as enhanced light trapping efficiency.