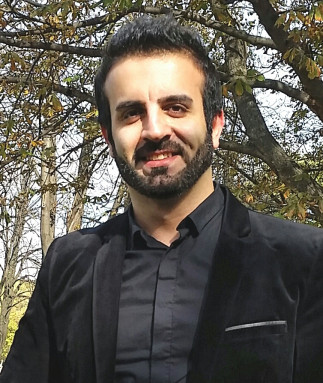 The research presented in this thesis focuses on studying the magnetic properties of a purely organic free radical molecule NIT2Py, which can condense into highly sta- ble crystals at room temperature. The magnetization measurements reveal that each molecule carries a magnetic moment due to the existence of a spin-1/2 unpaired elec- tron. The magnetic order is found to be antiferromagnetic (AFM). The field dependence of the magnetization isotherm measurement at 0.5 K shows a 1/2 magnetization plateau. Temperature dependence specific heat and magnetocaloric effect are used to produce the (H,T) phase diagram. In the vicinity of a quantum critical point, the (H,T) phase boundary moves towards a power law with a critical exponent of 1.47(9) that is com- patible with the universal value of 1.5 for a 3D BEC. The dome-shaped field-induced ordering phases and the intersecting spin levels observed in NIT2Py are signatures of magnetic realisation of BEC, which is seen for the first time in a purely organic quantum spin-1/2 AFM.

We propose a relevant model spin Hamiltonian based on the Heisenberg exchange interactions. We exploit state-of-the-art electronic structure calculations through den- sity functional theory combined with the broken symmetry and the energy-mapping ap- proaches to evaluate the exchange coupling constants (Js), which in turn provide us with the sign and strengths of the exchange interactions in the system. The strongest ex- change interactions are found to be related to three AFM Js. An appropriate magnetic lattice, which is a repeat pattern of a minimal set of strong Js, is constructed. We found that the magnetic lattice consisting of spin tetramers, each having four spins with two intratetramer AFM interactions, explains the magnetic properties of NIT2Py. By resort- ing to mean-field approximation, we establish a magnetization model for a system of interacting tetramers, which can reproduce the magnetic properties of the system such as the two-step saturation with an intermediate plateau at half saturated magnetization. Furthermore, an exact diagonalization of the Heisenberg Hamiltonian for a system in- cluding four tetramers is carried out, and yields the magnetization and other required thermodynamic properties of the system.