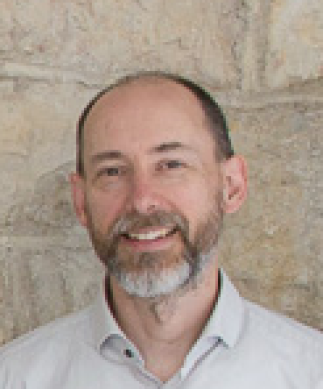 Titre: Lessons from Nature in Catalysis and Inhibitor Design

Résumé: ''Aldolases have long been of interest to chemists as catalysts for carbon-carbon bond formation. Our laboratory has been studying dihydrodipicolinate synthase (DHDPS), an aldolase that catalyzes a key step in the synthesis of bacterial cell wall peptidoglycan. The enzyme has for decades been considered a target for novel antimicrobial agents. Although much is known about the enzyme, many aspects of DHDPS remain poorly understood. We have been studying the enzyme from Campylobacter jejuni, using kinetic, structural, and biophysical techniques to guide the synthesis of effective and selective inhibitors.''

Biographie: Dave Palmer earned his BSc and PhD in Chemistry from Queen's University in Kingston, Ontario. His doctoral thesis on reaction mechanisms in the presence of cyclodextrins was completed under the co-supervision of Professors Greg Thatcher and Erwin Buncel. His postdoctoral work in enzymology was carried out in the laboratory of Professor John Gerlt at the University of Illinois, Urbana-Champaign.
Dave joined the Department of Chemistry at the University of Saskatchewan in 1999. He has served as Head of that department since 2010. Dave was the Program Chair of the Biological and Medicinal Chemistry Program for the 88th Canadian Chemistry Conference and Exhibition (CSC2005), and is a co-founder of the Western Canadian Medicinal Chemistry Workshop. He has served on the NSERC Discovery Grant Evaluation Group for Chemistry since 2018, and will serve as Co-chair for the 2020 competition.