Between the EU and Russia, zone of contestation 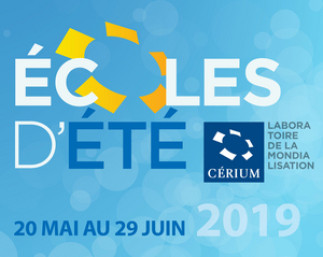 One of the defining aspects of post-Cold War European political and social development has been the contestation between the European Union and Russia, which continues to present major challenges for the prospects of peace and democracy on the continent.  Most directly affected by this contestation are the states and societies in Central and Eastern Europe (CEE), which find themselves at the intersection of European and Russian influence. In this zone of contact, the contestation has major consequences for the resolution of fundamental issues of state stability, democratic consolidation, and minority inclusion.

This summer school, organized by the Jean Monnet BEAR Network (“Between the EU and Russia: Dimensions of Diversity and Contestation”) in collaboration with CÉRIUM, will address the question of how EU membership and Russian regional politics influence state-minority relations in countries hosting sizeable ethno-cultural minorities in CEE.  The focus will be on how state policies, and the willingness of states to accommodate minority claims, are influenced by security concerns associated with EU integration and Russian regional politics; and how different kinds of minority political actors adapt to constraints and strategize in pursuit of minority interests.