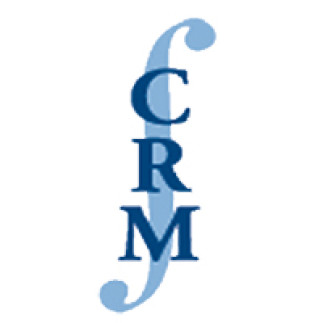 Khovanov homology is an invariant of knots in R^3. A major open problem is to extend its definition to knots in other three-manifolds, and to understand its relation to surfaces in 4-manifolds. I will discuss some partial progress in these directions, from different perspectives (gauge theory, representation theory, sheaf theory). In the process I will also review some of the topological applications of Khovanov homology.

Back in 2004, Rasmussen extracted a numerical invariant from Khovanov-Lee homology, and used it to give a new proof of Milnorâ€™s conjecture about the slice genus of torus knots. In this talk, I will describe a generalization of Rasmussenâ€™s invariant to null-homologous knots in S^1 x S^2, and prove inequalities that relate it to the genus of surfaces in D^2 x S^2 and in the complex projective space. This is based on joint work with Marco Marengon, Sucharit Sarkar, and Mike Willis.

I will explain the construction of some new homology theories for knots and three-manifolds, defined using perverse sheaves on the SL(2,C) character variety. These invariants are models for an SL(2,C) version of Floerâ€™s instanton homology. I will present a few explicit computations for Brieskorn spheres and small knots in S^3, and discuss the connection to the Kapustin-Witten equations, Khovanov homology, skein modules, and the A-polynomial. The three-manifold construction is joint work with Mohammed Abouzaid, and the one for knots is joint with Laurent Cote.

Gukov, Putrov and Vafa predicted (from physics) the existence of some 3-manifold invariants that take the form of power series with integer coefficients, converging in the unit disk. Their radial limits at the roots of unity should recover the Witten-Reshetikhin-Turaev invariants. Further, they should admit a categorification, in the spirit of Khovanov homology. Although a mathematical definition of the GPV invariants is lacking, they can be computed in many cases. In this talk I will discuss what is known about the GPV invariants, and their behavior with respect to Dehn surgery. The surgery formula involves associating to a knot a two-variable series, obtained by parametric resurgence from the asymptotic expansion of the colored Jones polynomial. This is based on joint work with Sergei Gukov.