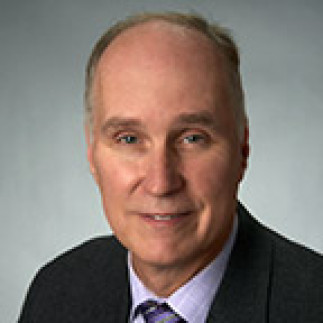 Titre : Green and Sustainable Chemistry for Manufacturing on Scale.

Defining efficient and robust chemical processes to prepare Active Pharmaceutical Ingredients is foundational to pharmaceutical research. Molecules that are invented to improve the course of human health must be synthesized by routes that don’t offset those advantages for reasons of excessive waste generation, high manufacturing cost or unreliable supply. The role of the industrial process chemist is, in part, to ensure the positive benefits of these medicines to society as whole are maintained when they are introduced into the marketplace and synthesized time and again over decades of use. In this seminar, process development and the innovations in reaction and process design that underpinned the commercial route will be described. The commercial production of Doravirine®, a next generation HIV non-nucleoside reverse transcriptase inhibitor (NNRTI), leveraged a continuous aldol reaction to realize an efficient synthesis of the heterocyclic core. The development of an efficient process around this reaction formed the basis of a highly efficient synthesis of the target structure. In addition, key elements of a second generation manufacturing route to Ceftolozane® will be presented.

Don Gauthier received his B.S. in chemistry from the University of Massachusetts, Dartmouth and completed his doctoral thesis at the University of California, Irvine under the guidance of Professor Kenneth J. Shea. After a postdoctoral appointment with Professor Erick Carreira at the California Institute of Technology Don began his industrial career with Merck in 1997. During Don’s 20+ years in Process Research & Development, he has assumed various roles of increasing responsibility. Don’s early years in Merck Process were spent delivering on pipeline objectives for several early and late phase clinical candidates. During a brief stint in the Merck Labeled Compound Synthesis group, Don pioneered several novel methods to streamline and expedite the production of 13C and 14C labeled clinical candidates. More recently, Don served as a mentor and group leader responsible for designing innovative and efficient manufacturing routes to Merck products, including several late stage clinical candidates and approved products such as Sugammadex ®, Ceftolozane® (antibiotic component of Zerbaxa®), Pifeltro® and Delstrigo®. Don and his Merck colleagues recently earned consecutive Green Chemistry Challenge awards, first in 2018 for the manufacturing route to Doravirine®, and in 2019 for the manufacturing route to Ceftolozane®. Don is currently a senior scientist in the Discovery Process Chemistry group in Kenilworth, NJ.