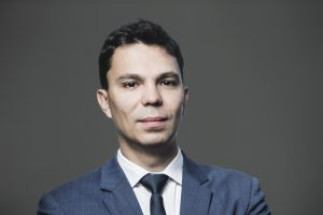 Biographie: Ratmir Derda received his B.Sci. in Physics from Moscow Institute of Physics and Technology in 2001 and Ph.D. in Chemistry from the University of Wisconsin-Madison in 2008, under the supervision of Laura L. Kiessling. From 2008 to 2011, he was a postdoctoral researcher at Harvard University working under the supervision of George M. Whitesides and and Donald E. Ingber. He is currently Assistant Professor at the Department of Chemistry and Principal Investigator at the Alberta Glycomics Centre and SENTINEL Bioactive Paper Network. His recent awards include Young Investigator Award from Boulder Peptide Society (2014), University of Alberta Award for Outstanding Mentorship in Undergraduate Research & Creative Activities (2014) and Canadian Rising Star in Global Health award from Grand Challenges Canada (2011).