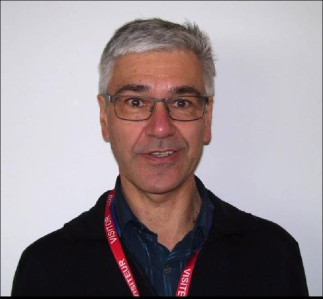 Titre:  “Strategies for Untargeted Identification of New or Uncommon Cyanotoxins”

Résumé: Approximately 260 microcystin congeners have been reported in the literature to date, with multiple variants known at each of the 7 amino acids present in their structures. Conventional LC-MS detection of microcystins involves targeted LC-MS/MS, with detection of the Adda-derived product ion at m/z 135.1. However, new microcystin congeners are being discovered with increasing regularity, and in some samples the concentration of total microcystins by protein phosphatase assay or ELISA is significantly greater than by LC-MS/MS. We have therefore been developing untargeted methods to detect and identify microcystins using a range of LC-HRMS/MS experiments in positive and negative ionization modes, combined with chemical reactivity, immunochemistry, and applying knowledge of the mode-of-action of these compounds at the protein phosphatase binding site. A semi-automated data processing workflow will also be presented that uses commercial metabolomics software to detect and help identify known and new microcystins from LC-HRMS/MS and chemical reactivity data. Examples of the identification of novel microcystins congeners, conjugates, including microcystins containing modified Adda moieties, will be used to illustrate the power, flexibility and generality of this untargeted approach.

Anatoxins, another class of potent cyanotoxins, also exist as a complex mixture of structural analogues in natural samples, many of which remain uncharacterized. In July 2018, three dogs died as a result of consuming ATX-containing cyanobacterial mats on the shore of the Saint John River near Fredericton, New Brunswick. Analysis of mat samples using untargeted LC-HRMS/MS methods revealed a rich profile of ATXs including several new analogues. These included products of the reaction between the reactive α,β-unsaturated ketone of ATX-a and nucleophiles such as peptides and water present in the mat samples. Examples will be given of the semi-synthesis of these conjugates as confirmation of identity and to give an improved understanding of the conditions under which these new analogues form in cyanobacterial mats.