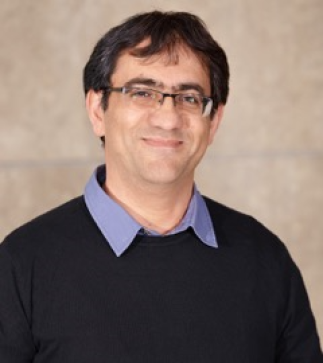 Résumé : Alzheimer's disease (AD) is an incurable neurodegenerative disease, leading to cognitive impairment and progressive synaptic damage accompanied by neuronal loss. Recent clinical studies suggest the necessity of diagnosing AD at an early stage for effective therapy. However, in spite of significant progress in imaging technologies, early diagnosis of AD remains a major challenge, impeding successful treatment. This study presents a novel diagnostic strategy for molecular computed tomography (CT) imaging of AD-associated amyloid β (Aβ) aggregates at an early stage of AD. Toward this goal, we have synthesized CT-detectable gold nanoparticles (GNPs, 20 nm) whose surface is modified with a vector protein to increase BBB permeability, and with a cyclic D,L-alpha-peptide that selectively targets early Aβoligomers and modulates their aggregation and toxicity. The in-vitro results, including thioflavin T, TEM and cell toxicity experiments demonstrated that the conjugated GNPs preserved the properties of the antiamyloidogenic cyclic peptide to bind and inhibit Aβ aggregation, and decreasing its toxicity to neuron-like cells. Moreover, the conjugated-GNPs sensitively and specifically bind Aβ species in brain slices derived from 5xFAD transgenic AD mouse model and disassemble the existing Aβ plaques. In our in-vivo experiments, the particles effectively penetrated the brains of the AD mice as well as of the WT animals. However, 6 hours after their administration, the particles could be detected by CT only in the brains of the AD mice. Using this technology, AD was diagnosed in symptom-free AD mice as early as 2-4 month. Quantitative analysis of the results revealed a three-fold higher amount of gold accumulated in the brains of AD mice as compared to healthy mice.