Zero-point phonon renormalization of the band gap of materials 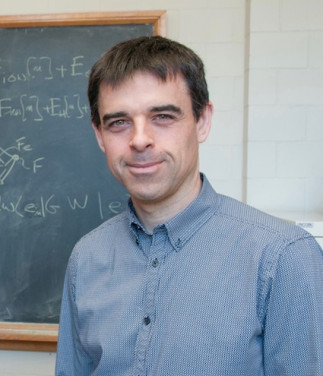 Résumé:
Accurate predictions of the energy band gap of materials are now expected from modern electronic structure calculations. Sophisticated approaches like the GW methods and hybrid functionals in the context of density-functional theory (DFT) have been developed to address this problem. However, the motion of atoms even at absolute zero temperature due to their quantum nature will have an effect on the material electronic properties. This effect is often small, but for certain materials like diamond, the band gap is reduced by as much as 0.6 eV due to the zero-point motion of the atoms. To capture this effect, it is important that the electron-phonon coupling is well described by the method used. In this presentation, I will report on how a careful treatment using many-body perturbation theory as implemented in DFT and GW approaches have been used to address this issue. I will present the results for diamond and other semiconductors and also discuss the implication for topological insulators.

Biographie:
Michel Côté is a professor in the Physics Department of the Université de Montréal. He received his Ph.D. in 1998 from the University of California at Berkeley under the supervision of Professor Marvin Cohen. He then continued his research in the Cavendish Laboratory at Cambridge University in England before returning to Canada in 2000 at the Université de Montréal. He specializes in the calculations of electronic properties with expertise in density-functional theory and GW method. He is part of the developers of the ABINIT code, an open-source code that implements these approaches with thousands of users all over the world. He is known for his accurate determination of electron-phonon coupling and his studies of novel materials.