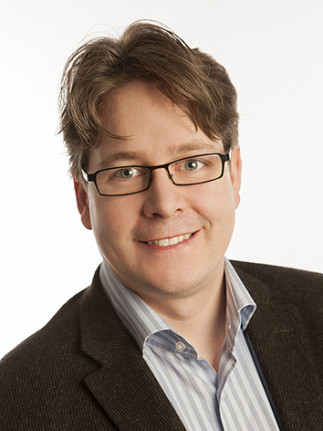 Abstract: The success of non-thermal plasmas in a broad range of applications in materials, medicine, and for the environment lies in their high reactivity at non-equilibrium conditions [1]. New so-called cold atmospheric pressure plasma sources operated with air or noble gases allow plasma treatment at ambient conditions. Plasmas can thus induce novel chemistry into sensitive environments such as nano-scaled structures and biological organisms. In many of these environments, liquid interfaces play a major role, mediating the plasma interaction effect [2].

Applications in biomedicine, nanotechnology and material processing, and environmental science range from wound healing, to assisting cancer therapy, to surfactant free nano-particle synthesis, to water purification. Especially, the clinical results of therapeutic application of plasmas have increased worldwide research in plasma medicine [3]: It has been found that plasma can produce those reactive oxygen and nitrogen species which are known to play a vital role in cell communication. These essential plasma-generated species form a reaction system with complex pathways.

For targeted plasma-application, a precise control of plasma chemical pathways is the goal of my research. Tailoring the plasma chemistry is possible when reaction pathways especially of transient highly reactive species are known. These transient species, which exist only for fractions of a second, initiate all subsequent reaction chains. In my research I focus on identifying dominant pathways within the complexity of the respective plasma caused chemical reaction kinetics taking into account the entire plasma-liquid system [4]. For this, I develop and use new diagnostics with model-based evaluation that meet the diagnostic challenges of high density-gradients of the involved species and small timescale processes typical for atmospheric pressure plasmas. Sub-nanosecond dynamic processes can be unravelled with ultrafast non-linear laser spectroscopy, studying turbulent phenomena and stochastic interaction processes at the interfaces. Based on these insights, non-equilibrium physico-chemical processes can be developed that are otherwise only achievable either with by-products of severe ecological impact or at high temperatures not applicable for modification of sensitive systems such as living organisms. An interdisciplinary research environment, linking physics, biophysics, chemistry, biology, and medicine, enables to utilize the full potential of plasmas for biomedical research for novel therapies based on temporally and locally confined plasma treatment and synthesis of novel designed multifunctional nanostructured systems.

Bio: Stephan Reuter is associate professor for plasma physics and spectroscopy at the Engineering Physics Department of Polytechnique Montréal, Canada and holds the TransMedTech chair for plasma medicine. He received his PhD from the University of Duisburg-Essen, Germany and is alumnus of the Alexander von Humboldt Foundation. From 2017 to 2018, he was Feodor-Lynen Fellow at Princeton University. He was visiting professor at Université Paris-Sud/Paris-Saclay and at Lublin Technical University, Poland. He established the “plasmatis” physics research group for plasma medicine at the Leibniz Institute for Plasma Science and Technology INP Greifswald, Germany, where he led a research team from 2010 to 2016. In 2008/09, he was a research fellow at the center for plasma physics at Queen’s University Belfast, UK. His research involves the interaction of non-thermal plasmas with liquids. He develops diagnostic methods using ultrafast laser spectroscopy, spectral imaging, and single shot techniques. Studied application fields are plasmas for medicine, environment, and material synthesis.

For more information about Prof. Reuter, you can consult his research web page.