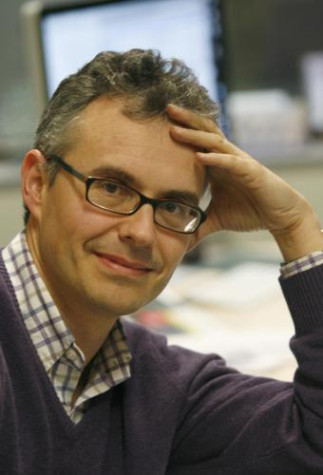 Abstract: We provide an overview of how well-established concepts in the fields of quantum chemistry and materials have to be adapted when the quantum nature of light becomes important. We will pursue the question of whether it is possible to create these new states of materials as groundstates of the system. To this end, we will show how the emerging (vacuum) dressed states resemble Floquet states in driven systems. A particular appeal of light dressing is the possibility to engineer symmetry breaking which can lead to novel properties of materials. Strong light–matter coupling in cavities provides a pathway to break fundamental materials symmetries, like time-reversal symmetry in chiral cavities. We will discuss the potential to realize non-equilibrium states of matter that have so far been only accessible in ultrafast and ultrastrong laser-driven materials. We illustrate the realisation of those ideas in molecular complexes and 2D materials and show that the combination of cavity-QED and 2D twisted van der Waals heterostructures provides a novel and unique platform for the seamless realisation of a plethora of interacting quantum phenomena, including exotic and elusive correlated and topological phases of matter. We will briefly introduce our newly developed quantum electrodynamics density-functional formalism (QEDFT) as a first-principles framework to predict, characterize and control the spontaneous appearance of ordered phases of strongly interacting light-matter hybrids.

Bio: Angel Rubio is the Director of the Theory Department of the Max Planck Institute for the Structure and Dynamics of Matter and Distinguish Research Scientist at the Simons Foundation’s Flatiron Institute (NY, USA). He is also Professor/Chair for condensed matter physics at the University of the Basque Country in San Sebastián, Spain. He received his PhD in Physics in 1991 from the University of Valladolid (UVA). He worked as post-doctoral researcher at University of California at Berkeley (1992-94). Between 1994 and 2001 he was an Associate Professor at the UVA. Diverse Professorships at the École Polytechnique Paris-Saclay, the Freie Universität Berlin and the Université de Montpellier followed. After being appointed with a Full Professorship in 2001, he moved to San Sebastián and started at the University of the Basque Country (UPV/EHU) as Chair of Condensed Matter Physics and director of the Nano-Bio Spectroscopy Group. In August 2014 he accepted the position as Director of the Max Planck Institute for the Structure and Dynamics of Matter in Hamburg, Germany. He is one of the founders of the European Theoretical Spectroscopy Facility (ETSF) and the originator of the widely used ab initio open-source project Octopus. Rubio is a Fellow of the American Physical Society and the American Association for the Advancement of Science, member of the Academia Europaea, European Academy of Sciences and a foreign associate member of the National Academy of Sciences. His work has been recognized by several awards, including the 2018 Max Born medal and prize, 2016 Medal of the Spanish Royal Physical Society, the 2014 Premio Rey Jaime I for basic research, the 2006 DuPont Prize in nanotechnology, the 2005 Friedrich Wilhelm Bessel Research Award of the Humboldt Foundation, and two European Research Council advanced grants (2011 and 2016).

His research interests are rooted in the modeling and theory of electronic and structural properties of condensed matter as well as in the development of new theoretical tools to investigate the electronic response of materials, 2D materials, nanostructures, and hybrid materials to external electromagnetic fields. He is acknowledged as a pioneer and leader in the area of computational materials physics and one of the founders of modern “theoretical spectroscopy” in the last years he has pioneered the development of the theoretical framework of “quantum electrodynamical density functional theory (QEDFT)” that enables the ab-initio modeling of strong light-matter interaction phenomena in materials, nanostructures, and molecules. (opening the new fields of QED-Chemistry or polaritonic chemistry).

For more information about Prof. Rubio, you can consult his research web page.