Matter-anti-matter asymmetry: is there a unified theory-Urjit Yajnik (IIT Bombay) 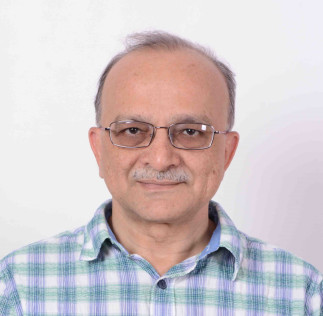 Abstract : After the discovery of the Higgs boson, the Standard Model of Elementary Particles can be considered to be complete. But it does not explain why there are only protons and electrons in the Universe but no naturally occurring population of anti-protons and positrons. This question leads us to think of the earliest moments of the Big Bang when matter and radiation were in a dense super-hot fireball, whose residue is the present Universe. At high energies new forces could have been present, creating the matter-anti-matter asymmetry. Do such forces give hints to a unified theory? Recent results from a neutrino experiment called T2K in Japan may be the first lead to a positive answer.

Urjit A Yajnik obtained Masters in physics from IIT Bombay and PhD in physics from the University of Texas at Austin in 1986. He was a research associate in the Weinberg Theory group and a visiting fellow at TIFR Mumbai. He has been on the faculty of IIT Bombay since 1989. He has been a visiting professor at McGill University and the Universite de Montreal Canada, and University of California Irvine, USA. He has been a visitor to ICTP Triestse Italy, Perimeter Institute, Canada and other centres of advanced research in Germany, S. Korea, Japan and China. His research has concerned unified theories, supersymmetry, general relativity and cosmology.