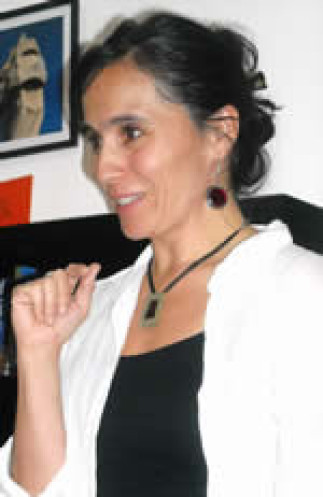 Translation and Modern Manuscripts: Articulating the Translator's Archive for a Genealogy of Translation

The subject who translates has been at the center of translation thinking for the last decades, and the work and role of translators have been studied through various lenses. In my work, I have looked at the translators’ agency in light of the writings and documents that surround the practice of literary translation in the Americas. Translators' materials offer fertile ground for studying translation. They comprise the translations themselves and translators' writings--e.g., articles and interviews, footnotes, prefaces and other paratexts--and also 'modern manuscripts', i.e., unpublished materials, such as proofs, annotated drafts, correspondence, and other such documents. Due to the marginal interest granted to these materials in literary studies and, also, as a result of the difficulty in accessing them, they have remained largely understudied. In my talk, I will present the notion of the 'translator’s archive' and give examples of the experience working with translators' documents. I will discuss their importance for the study of the role of translation in print culture. I will mention possibilities and challenges of working with these materials and point to shifts in practices and environments from the late twentieth century to the twenty-first that generate new paths for this type of research. The presentation will end with a reflection of the value of working with translator's archives to study the circulation of narratives for a genealogy of translation in the Americas.

María Constanza Guzmán is associate professor in the Department of Hispanic Studies at York University (Toronto, Canada), where she is affiliated with the graduate programs in Translation Studies and in Humanities. She holds a Ph.D in Comparative Literature from the State University of New York, an MA in Spanish-English Translation from Kent State University, and a BA in languages from Universidad Nacional de Colombia. Her main scholarly interests are translation studies and Latin American literature. Her publications include several articles, translations, and books. She co-translated (with J. Price) the novel Heidegger’s Shadow, by the Argentinean José Pablo Feinmann. She is editor-in-chief of Tusaaji: A Translation Review, and co-editor (with Ş. Tahir Gürçağlar) of Negotiating Linguistic Plurality: Translation and Multilingualism in Canada and Beyond (McGill-Queen's UP, in press) and other edited volumes. She is the author of the books Gregory Rabassa’s Latin American Literature: A Translator's Visible Legacy (Bucknell UP 2011) and Mapping Spaces of Translation in Twentieth-Century Latin American Print Culture (Routledge 2021).