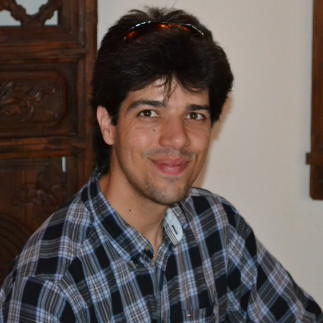 Titre: From the Lab to the Plant: Recent Applications in Flow at Merck

Résumé:
The past decade has seen the emergence of the usage of flow chemistry for the manufacturing of active pharmaceutical ingredients (APIs) and their intermediates. This nascent interest in these technologies has arisen from the opportunity for improved control of key reaction parameters: heat and mass transfer, stoichiometry at the point of mixing and reaction time. Furthermore, flow chemistry considerably expanded the synthetic chemist’s toolbox by enabling the use of flash chemistry, photochemistry, electrochemistry and immobilized biocatalysts across scale. To take advantage of these benefits, it is often necessary to develop innovative approaches, tools and platforms to overcome material availability, program timeline and limited data, especially in the cases of non-conventional reaction conditions. This talk will describe how the flow chemistry team at Merck & Co. have recently applied these technologies to various applications that were efficiently transferred from lab scale to pilot plant scale. Our discussion will also highlight the use of data-rich experimentation to ensure safe, effective, and timely transition across scale of photochemical, flash chemistry and biocatalytic processes.

Biography:
Francois Lévesque is a principal scientist in process research and development at Merck since 2021 with an interest in flow chemistry. After completing his Bachelor’s degree at Université de Sherbrooke in 2002, where he, also, earned his Master’s in 2005 and doctoral degree in 2009 under the supervision of Prof. Guillaume Bélanger working on Development of a Novel Sequence of Chemoselective Amide Activation – Vilsmeier-Haack Cyclization – Generation of Azomethine Ylide – (3+2) cycloaddition. After earning his doctoral degree, he joined Max-Planck Institute of Colloids and Interfaces in Berlin where he spent two years as a postdoctoral fellow with Prof. Peter H. Seeberger with a Fonds québécois de la recherche sur la nature et les technologies (FQRNT) Postdoctoral Fellowship. At the end of his postdoctoral fellowship, he was awarded the Best Idea of the Year Award, in Alumini meeting of the institute. He joined OmégaChem in Québec as Senior Research Scientist from 2011 to 2013, then Enabling Technologies, UCB Pharma in Belgium from 2013 to 2015. He first joined Merck as Associate Principal Scientist in 2015 and was promoted to the rank of Principal scientist in 2021. He is member of the American Chemical Society since 2016. Recently, he was awarded Peter J. Dunn Award for Green Chemistry & Engineering Impact in the Pharmaceutical Industry, Greener Manufacturing of Belzutifan (MK-6482) Featuring a Photo-Flow Bromination, award shared with Cecilia Bottecchia, Jonathan McMullen and Stephen Dalby.