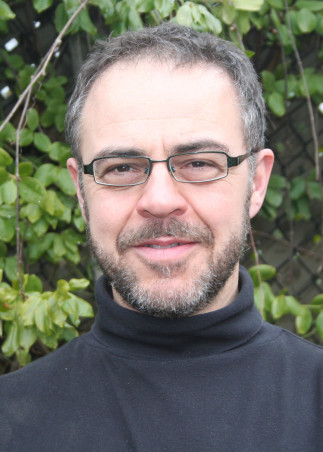 Abstract: Frustrated magnetic materials and strongly correlated electron systems are at the forefronts of research in modern condensed matter physics and materials science. Despite almost three decades of investigations, the theoretical understanding of these fascinating systems remains incomplete. The most prominent theoretical frameworks used to tackle these systems take the form of an emergent gauge theory akin to the gauge theory that describes conventional electromagnetism. Spin ice is an unusual substance in which the magnetic moments of individual atoms behave very similarly to the protons in conventional water ice — hence the name spin ice — failing to align even at very low temperatures and displaying the same residual entropy that Linus Pauling calculated for water ice and which is measured experimentally. Spin ices, which belong to the broad class of compounds called magnetic pyrochlores, actually have something in common with electromagnetic fields; both can be described by a gauge theory. Many aspects of conventional electromagnetism are sensitive to constraints from enclosure boundaries, such as total internal reflection used in communication with optical fibers. It is then reasonable to wonder if spin ices have similar sensitivities to boundary effects and confinement.

Motivated by the recent experimental realizations of spin ice and other magnetic pyrochlore thin films, I will discuss in this talk some of the exotic physical phenomena that arise when considering spin ice thin films such as for example, a novel magnetic charge crystallization on the film surface while the bulk remains thermally disordered [1]. From a broader context, magnetic pyrochlore thin films offer a natural platform to study the confinement of emergent gauge fields describing strongly correlated systems and the evolution of nontrivial magnetic correlations as one moves from three to two-dimensional spin textures [2]. Finally, I will discuss the consequences of open surfaces on the mechanism of order by disorder in thin films of XY pyrochlore antiferromagnets. We find that a complex competition between multiple orders takes place, as a function of temperature and film thickness. A gradient of ordering spreads over long length scale inside the film while the nature of the phase transitions is blurred between two and three-dimensional critical phenomena [3]. Beyond the physics of films, this work may also pertain to near-surface effects in single crystals of rare-earth pyrochlore oxides.
[1] L. D. C. Jaubert, T. Lin, T. S. Opel, P. C. W. Holdsworth and M. J. P. Gingras; Phys. Rev. Lett. 118, 207206 (2017).
[2] Étienne Lantagne-Hurtubise, Jeffrey G. Rau and Michel J. P. Gingras; Phys. Rev. X 8, 021053 (2018).
[3] L.D.C. Jaubert, J.G. Rau, P. C. W. Holdsworth and M. J. P. Gingras; in preparation.