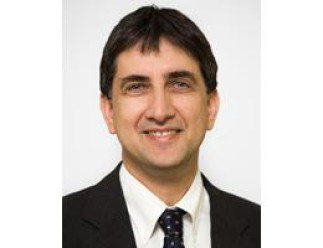 Professor Stephen K. Hashmi has held a chair in organic chemistry at Ruprecht-Karls-Universität Heidelberg since 2007 and is Vice Rector for Research and Transfer at the University of Heidelberg from 2013 to 2019. He is interested in transition metal catalysis, in particular C-C and C-heteroatom couplings catalyzed by gold, but also by other metals such as palladium, platinum, copper, silver, rhodium, iridium and ruthenium. After obtaining his Ph.D. in 1991 at the Institute of Organic Chemistry at LMU Munich under the supervision of Prof. G. Szeimies, Dr. Hashmi moved to the United States, specifically to California, where he spent two years as a post-doctoral researcher in the group of Prof. B. M. Trost's group at Stanford University from 1993 to 1998. He then obtained his habilitation in the group of Prof. Dr. J. Mulzer at the Freie Universität Berlin and at the Johann Wolfgang Goethe-Universität in Frankfurt. From 1999 to 2000 he was interim professor of organic chemistry at the Philipps-Universtiät Marburg, before becoming professor of organic chemistry at the Universität Stuttgart from 2001 to 2007. Professor Hashmi is a member of the Academic Advisory Board of Advanced Synthesis & Catalysis, Chemistry-A European Journal and Accounts of Chemical Research. Professor Hashmi's work has been celebrated over the years, some of his many awards being the 2007 Best Lecture Award at the Department of Chemistry at Heidelberg University and the 2010 Hector Research Award. Professor Hashmi has over 450 publications to date.